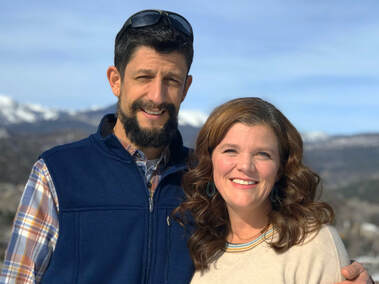 Austin and Laura joined staff with Master Plan Ministries in 2002 after studying at Fort Lewis College in Durango. They have served on several campuses in Colorado since that time with Master Plan and Campus Crusade for Christ. They have a love for God and people, and hope to see the Great Commission fulfilled on secular campuses in the US and in every tribe and nation by helping send students into the mission field. They have 6 children, Asher, Uriah, Eden, Malachi, Willow and Asa. Austin and Laura serve together on the Administrative leadership team of Master Plan.
​Austin.Krokos@mpmstaff.com  970-749-7873
​Laura.Krokos@mpmstaff.com 720-290-4581 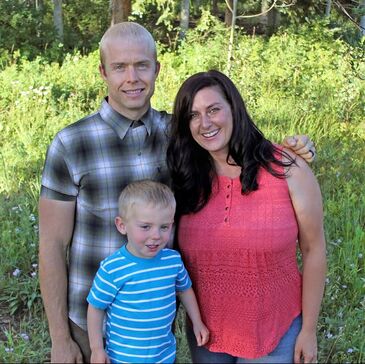 Forrest McCleary grew up in Moab, UT. He enjoys camping, hiking and exercising. He graduated from Colorado Mesa University in 2012 majoring in Kinesiology (Physical Education). He loves to mentor young men with God's Word to help them develop into men who trust in the Lord with every area of their lives.
​Hope McCleary was born and raised in Montana. After graduating high-school she moved to Grand Junction, CO to attend Mesa State College; now known as Colorado Mesa University. She graduated college in 2009 with a degree in Mass Communications. She enjoys creativity, music, long talks over hot coffee and loves seeing young women grow in their faith and identity in Christ through God’s Word. 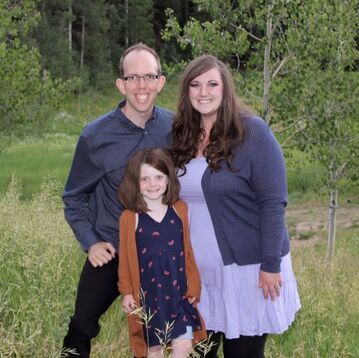 Sean grew up in Rifle, CO giving his life to Christ at camp when God opened his eyes to what it meant to have eternal life and to be confident in his salvation through Jesus Christ’s sacrifice. During college at Colorado Mesa University he was mentored by Master Plan Ministries staff Jesse, and grew in his faith by doing two summer projects with Campus Crusade, in Myrtle Beach and Russia. Jackie grew up in Delta, CO going to church and youth group all her life. During a summer camp all that “church stuff” clicked. Jackie understood what it meant that her sins were forgiven in the light of the cross and that she can have a relationship with Jesus that would give her purpose and meaning in life. During college at Fort Lewis, God drew Jackie to Himself through being discipled by MPM’s Laura Krokos. Jackie was able to go on two summer projects with Campus Crusade to San Diego and Russia. It was during the Russia mission trip the Lord brought Sean and Jackie together and in 2010 they were married. For five years they have been praying about being apart of a ministry that shares their heart for sharing the gospel and sending disciples out to change the world. They have one daughter Juliet.

Malcolm is a rock climbing buff with a desire to use his love for the outdoors to connect with men. Leah is a baking and sci-fi nut who loves to include other women in her geekiness to help them accept how God made them. Since their marriage in June 2011, the Hillewaerts have combined their forces to further the Great Commission in Durango, CO, at Fort Lewis College and now are serving at Adam's State University in Alamosa, CO. Though they seem opposite in their hobbies, their goal in life is exactly the same - whatever they do, to do it all for the glory of God. God has gifted them with Ruth, John and Zeke.
Powered by